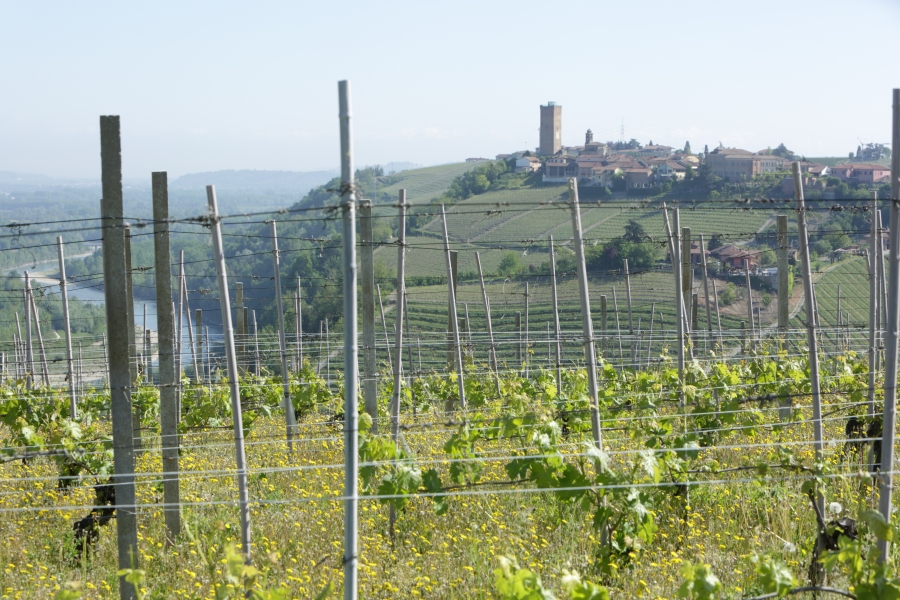 Castello di Verduno is an historic Piemontese estate that makes classic Barolo and Barbaresco from prime vineyard sites in both appellations. The winery is located in Verduno, the northernmost commune of Barolo. This township has flown under the radar for many years but recently has been gaining more and more attention. It was previously most known for the local Pelaverga grape, the deliciously fine, elegant, floral and red-fruited wine from the region, though recently, its Barolo crus have garnered more and more attention.  Most notable is the Monvigliero cru which has grown to become one of the most prized bottlings from Barolo due to its unique vineyard 'signature'.

Verduno is a small town and the histories of the wineries located there are intertwined. The Castle of Verduno, constructed in the early 1500’s, was under the jurisdiction of the House of Savoy for much of its history until the Burlotto family purchased it in 1909. The Azienda GB Burlotto had already produced wine since the 1800’s. At the time, the current Burlotto proporietor, Giovanni Batitsta, had three sons: the first received the Castello di Verduno with vineyards (Castello di Verduno label), the second received the family house with vineyards (GB Burlotto label) and the third received a farmhouse and vineyards (Cascina Massara label). More recently, with the marriage of Gabriella Burlotto to Franco Bianco, whose family had vineyards and a winery in Barbaresco, Castello di Verduno gained precious parcels including a prime piece of the Rabaja cru – one of Barbaresco’s most prestigious sites. The winery has a total of 10 hectares – five in Verduno planted to Nebbiolo & Pelaverga and five in Barbaresco planted to Nebbiolo, Dolcetto and Barbera.

Although Franco Bianco and his wife Gabriella are the titular heads of the estate, they have a very talented young winemaker, Mario Andrion, who has run the cellar since 2000. Mario was trained in Italy, but has also worked harvests in Oregon. Franco and Gabriella’s daughter Marcella is increasingly involved in day to day operations.

The winery’s philosophy is to produce wines that speak of place in a classic way and are also sustainable and protect the land. As such, they practice organic farming and are meticulous both in the vineyard and in the cellar. Mario uses minimal SO2 and also vinifies with indigenous yeast. Their wines are firmly traditional in style though never rustic; in fact just the opposite, they retain a rare elegance and purity.

For their Barbarescos and Barolos, Mario prefers 30 to 40 day macerations and extended aging in large Slavonian botti. Their varietal wines see mostly stainless steel aging, with some large botti as well on their cru Barbera. In addition to the classic line of classic Piedmontese varietals, the family felt they needed a sparkling and a white wine to offer at their Agriturismo and restaurant, so instead of planting an international variety they decided to make a delicious sparkling Pelaverga as well as a Pelaverga vinified as white. Both are so good, it makes one wonder why others aren’t doing the same?!

The crown jewels of their range, not surprisingly, are the Barolo Monvigliero Riserva and the Barbaresco Rabaja. The Monvigliero, sourced from a parcel at the crest of the Monvigliero hill is dense and structured with floral and spicy notes which are typical of the cru. The soil there is called Marne di Sant’Agata – it is made up of 55% clay, 30% sand and 15% limestone. Castello di Verduno also has two parcels in the fine cru of Rabaja, one planted in 1974 and one planted in 1990, for a total of just 1.23 hectares. Their Rabaja is focused and elegant with a classic mineral underpinning that is a hallmark of this historic vineyard.