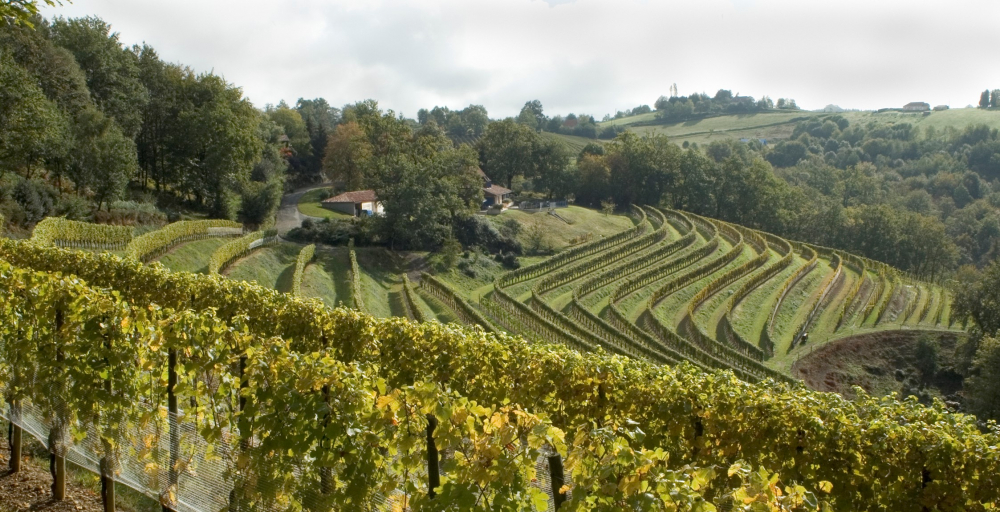 Didier Dagueneau was a fourth generation winemaker in the village of St Andelain in Pouilly-Fumé. As someone who always liked to push the limits, Didier left his home town at a young age to race motorcycle side cars on the international circuit between 1978 and 1982. He later added dog-sled racing to his list of passions, and here too, competed internationally for many years during the winter months. Dagueneau returned to the his native village in 1982 and in typical Didier fashion, elected to set up his own estate in Pouilly-Fumé rather than join the family fold. Inspired by the great wines of Burgundy and other top regions (his mentors were Edmond Vatan and Henri Jayer) and emboldened by the wisdom and traditions of his grandfather, Louis Dagueneau, he set about to create a Pouilly-Fumé of extraordinary dimension and terroir focus exploiting the top vineyard sites around St. Andelain. He acquired his first parcel, 1.2 hectares of En Chailloux, and began to vinify under his own label in the 1982 vintage. In 1985, he added the now infamous Silex, and in 1988, Pur Sang.

Never one to rest on his laurels, Didier was always experimenting with his techniques with the goal of raising the bar on quality. Whether it was organic viticulture, sans-souffre winemaking, own-rooted vineyards, natural fermentations, or experimental cigar-shaped barrels, his trajectory brought him to the excesses of these “fashions” and practices, but always with an open mind to the both the benefits and pitfalls of these ideas. In the end, he was always his own toughest critic, and forged his own philosophies which were more often than not grounded in the wisdom of tradition.

Like any great winemaker, Didier knew that the path to transcendence began with fastidious and painstaking work in the vineyards. To this day, the vineyards at the estate are meticulously tended by a crew equal to about 1 person per hectare, a ratio found at a top Burgundy estate perhaps, but basically never in the Loire Valley. Yields are kept extremely low, usually to 50-75% of their neighbors. The soils are worked by plow, and sometimes horse as well, to encourage roots to seek the depths of their underlying terroirs. And when vines need to be replanted, there is extreme care to select only low-vigor rootstock and the best massale Selection cuttings to graft.

Since the beginning, the wines at Dagueneau have always been raised in oak barrels. Through extensive experimentation, there is always a mix of sizes, shapes and percentage of new and used barrels which are exploited to varying degree depending on vineyard and vintage. The Dagueneaus have worked closely with the world’s top coopers to create some uniquely-shaped, very low-toast barrels (e.g. “cigares” and small foudres) that offer nuanced benefits of lees contact and/or specific oxygen exchange, all tiny facets that add up to a finer product in the end. The current regimen calls for wines to be held in oak for their first year, and then they are transferred to tank and held “en masse” for 5-7 months before bottling. While the wines can be drunk on release, like all great bottles, they benefit from extended aging in the cellar, 5-10 years usually to reach their peak, and can easily hold for 15-20 years or more (many of Didier’s first vintages still drink beautifully to this day!).

While Pouilly-Fumé remains the heart and soul of the program, Dagueneau added vineyards in Sancerre in 2000 (planting in the ultra-steep, limestone-laden “Monts Damnés”) and in Jurancon in 2002. This latter foray brought Didier to this region at the foothills of the Pyrenees to oversee the vineyards and production. While visiting his vineyards, he would often take time to exploit one of his passions for living on the edge and would take his ultralight plane out to soar over the mountainous terrain of Southwestern France.

Sadly, on September 17, 2008, tragedy struck, and Didier was killed when his plane crashed near Cognac. The world mourned at the loss one of its visionary winemakers who was 52 upon his death.

Didier was survived by his son and daughter, Louis Benjamin and Charlotte. Both had grown up at the winery, and in recent years, Benjamin had worked alongside his father in the vineyards and cellar and had very much absorbed his perfectionist attitudes and practices. Nonetheless, there were enormous shoes to fill, and the wine world watched with quiet reserve to see whether there would be any questions about the succession of this great estate.

However, after seeing the truly remarkable results in both the 08 and 09 vintages, it was clear that the winery would not miss a beat at Benjamin’s helm. In fact, when asked, many journalists and winemakers seem to mutter under their breath that in a few short years the son may have already surpassed qualitatively the remarkable achievements of the father?! For the modest, yet quietly confident Benjamin, these comparisons are not what motivates him, but rather an inner drive to continue to push the limits of quality in all the wines that he makes. For sure, however, Didier would have been proud.

The wines at Domaine Didier Dagueneau deserve their rightful place among the great “singular” wines of the world. Eric Asimov, in his obituary of the late Didier Dagueaneau in the The New York Times, seemed to sum it up well: “Tasting a Dagueneau wine for the first time was a revelation. His Sauvignon Blancs had an unexpected purity and clarity to them. The flavors were intense but nuanced. It wasn’t the fruit that was piercing, as in so many Sauvignon Blancs, but the freshness and the focus. As powerful a personality as he was, his wines did not exalt the stature of the winemaker so much as the beauty of the terroir.”