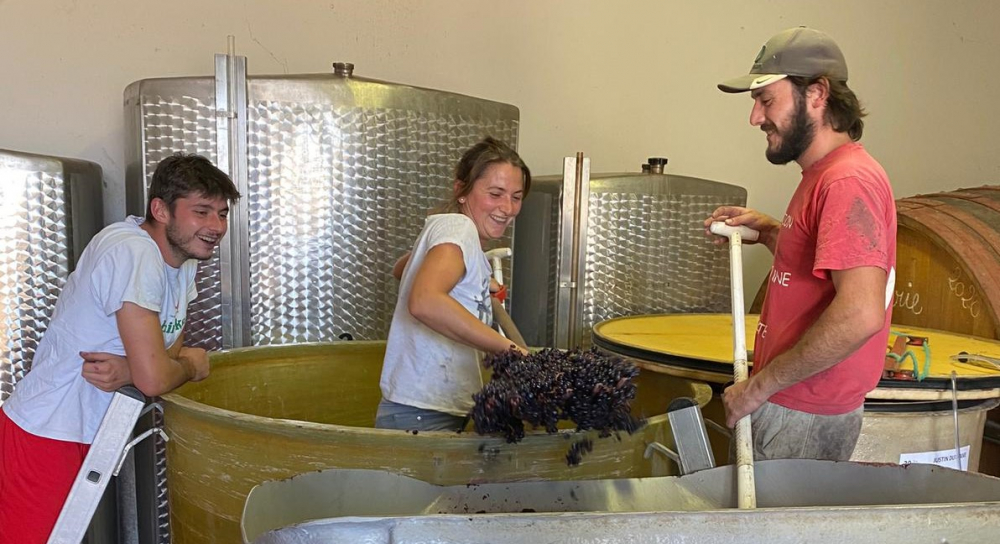 Between the frost of May 2016 and the hail that hit Fleurie a month later, the Dutraive family lost a staggering 90% of their crop. Jean-Louis succeeded in finding some fruit for purchase in order to have something to sell, but that didn’t alleviate the overwhelming feeling that these erratic and destructive weather patterns are part of the new norm. He began to question how a small family domaine would eventually support his three children, all of whom wish to play a role in the family business. Thanks to Jean-Louis’s inextinguishable spirit and a large network of friends throughout France, the negotiant known as Famille Dutraive was born. The fouresome -- Jean-Louis and his children Ophélie, Justin and Lucas -- are committed to sourcing organically-farmed fruit, which is still rare in Beaujolais (only 4% of the region is organic). Family practices are carried through in the cellar with traditional Beaujolaise vinification (carbonic maceration), natural yeast fermentation, and little to no sulfur used in vinification (with just a touch at the blend before bottling). Despite the fact that none of these wines come from Dutraive terroirs, the family manages to craft a lineup that fits the Dutraive profile: fresh-fruited, energetic and soulful wines that bring pure joy with every sip.