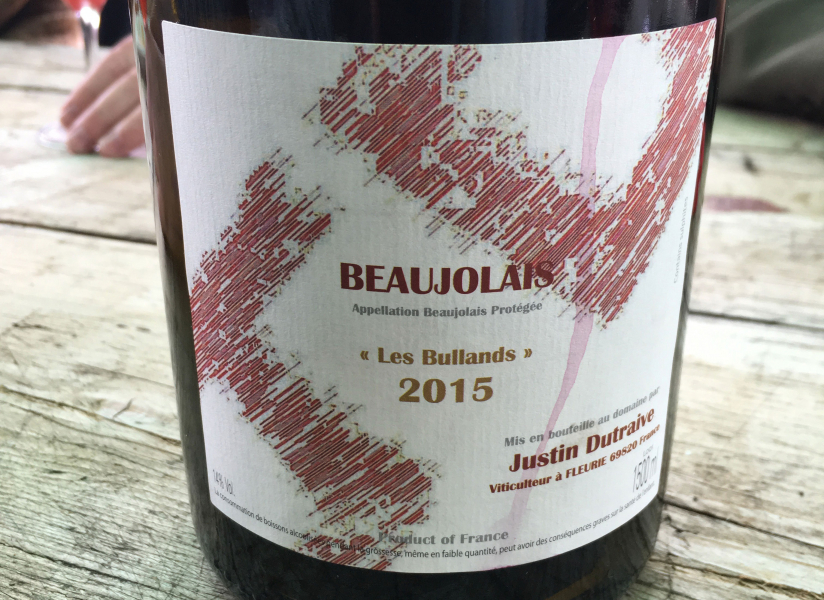 Justin Dutraive has Fleurie in his veins. As the eldest son of the incomparable Jean-Louis Dutriave, he grew up overhearing the conversations (and sipping the bottles) of Jean Foillard, Yvon Métras, Sylvain Chanudet and of course, his father Jean-Louis. The Dutraive family home and the Domaine de la Grand'Cour are one in the same. There is a constant flow of visiting vignerons from every generation for lunches, dinners, casse-croûte ("breaking of bread"), walks in the vines, and tastings in the cellar. Jean-Louis' door is always open, as are his bottles. His influence on the youth of the region was deeply and instantly felt in his son Justin's inaugural release: Beaujolais "Les Bulands".

Following internships with family friends Jean Foillard and Julie Balagny, and harvests in Australia and Oregon's Willamette Valley (with Bill Holloran), Justin returned to the family domaine to work alongside his father. In addition to his commitment to the Grand'Cour, Justin craved the experience of crafting his first solo wine and went hunting for vines. He leased the small plot of "Les Bullands" located below the village of Fleurie. Bordered by trees and a stream to the south, train tracks to the east, and a cornfield on the western edge, it is a humble terroir but it was a good place to begin as it is flat (easy to work) and the rent was low since nobody else was interested and it was going to be uprooted otherwise. Justin immediately went into organic conversion, farming the only way he knows how. And given the vines' proximity to the stream and mediocre drainage, it has proven to be beneficial in hot dry years that seem to becoming more the norm.

At harvest, grapes are picked into small bins and refrigerated before going into the vat for semi-carbonic maceration. Justin vinifies his wines in a sphere-shaped fiberglass tank that you turn on its axis as opposed to using a pump-over method. This is done most frequently in the final days of maceration, encouraging textural richness in the wine. From Les Bulands, Justin produces a powerful, cherried and snappy Beaujolais that surpasses the appellation's reputation of occasionally lean wines.

While Justin's low-key, chill demeanor is a far cry from his father's ebullience, their shared traits of hard-work and humility provide an unshakable foundation. Justin has augmented his miniscule production with a Beaujolais Villages "Les Tours" from organically farmed hillside vines near the southern village of Saint-Etienne-de-la Varenne on the border of Brouilly, as well as Fleurie "Pied d'Aroux" from his mother's vines on the La Madone hillside. Both wines show great promise for Justin's future!