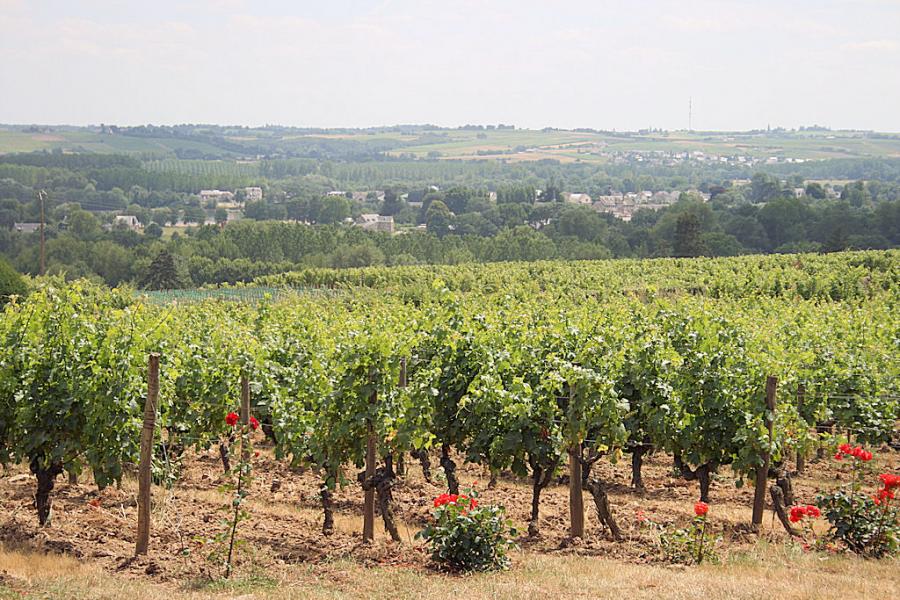 http://hautbourg.fr/
At a Glance
Located in the heart of the Muscadet appellation Côtes de Grandlieu, the Domaine du Haut Bourg was built by four generations of vignerons. The first vine was planted in 1945 and today brothers Hervé and Nicolas Choblet run their 40 hectares estate together. Fourteen kilometers southeast of Nantes, the "Côtes de Grandlieu" AOC is formed by nineteen townships that surround the Lac de Grandlieu, a wildlife preserve housing 250 species of birds, and is the largest natural lake in Europe and spans 6,300 hectares at its widest in winter. The appellation, founded in 1994, benefits from the distinct microclimate created by the Lac de Grandlieu in the south, the Loire River to the north, and the Atlantic Ocean to the west. Being uniquely sandwiched between these three bodies of water creates a phenomenon whereby the Cotes de Grandlieu is often spared from the storms that attack the Muscadet appellations of Sevre et Maine and Coteaux de la Loire. Additionally, low temperature differences between day and night allow for early harvest which helps retain the generous acids typical of Muscadet.  The Domaine is located northwest of the lake, in the town of Bouaye. Its soils consist of mica schist, granite, along with sandy and sedimentary rocks. This combination lends a certain texture and balance to the wines. The Choblet brothers practice "lutte raisonnée" in the vineyard, meaning they try to avoid chemical or mechanical intervention at all possible times during the growing season except in the rare instance where they risk losing their entire crop. Their vines average 30 years of age, with some vines as old as 60 years old. These old vines are highly valued in providing structure and depth to their wines. The vineyards are densely planted at 7,000 vines per hectare and grass grows between the Guyot-trained vine rows. Hand-ploughing the soil is crucial to encourage the roots to dig deep.  In the cellar, the grapes are vinified traditionally: must settles for 48 hours and then ferments with indigenous yeasts at a controlled temperature to accentuate aromas and freshness. All white wines spend time on their lees, resulting in just the right amount of texture and mouth-feel to accompany their vibrant acid structures. Overall, the style at Haut Bourg is classically bracing and lip-smacking for their entry-level Muscadet Sur-Lie. They also produce a couple  special cuvées made from their oldest vines. The Signature is made from 30-60 year old vines and often harvested a few days later for added texture and dimansion, it is aged for a minimum of 5-7 years on its lees in tank before release. In exceptional vintages, the Choblet brothers make a wine called Origine du Haut Bourgwhich is produced from the oldest "orginal" vines on the estate and is aged 7-10 years on the lees. This singular wine, often available in magnums, shows the amazing aging potential of the wines of Domaine du Haut Bourg. Like many top cuvees from this humble appellation, it is one of the great White Wine values in the world!