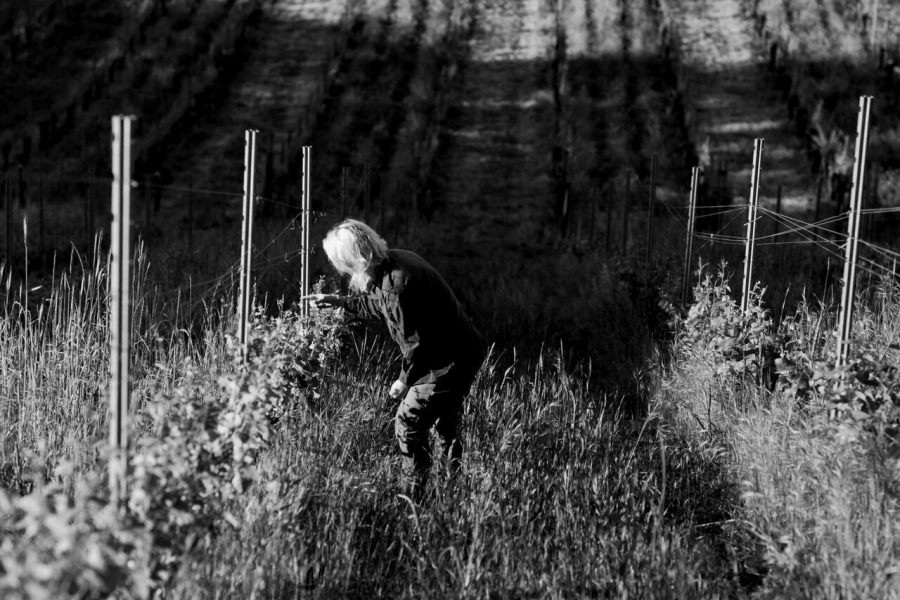 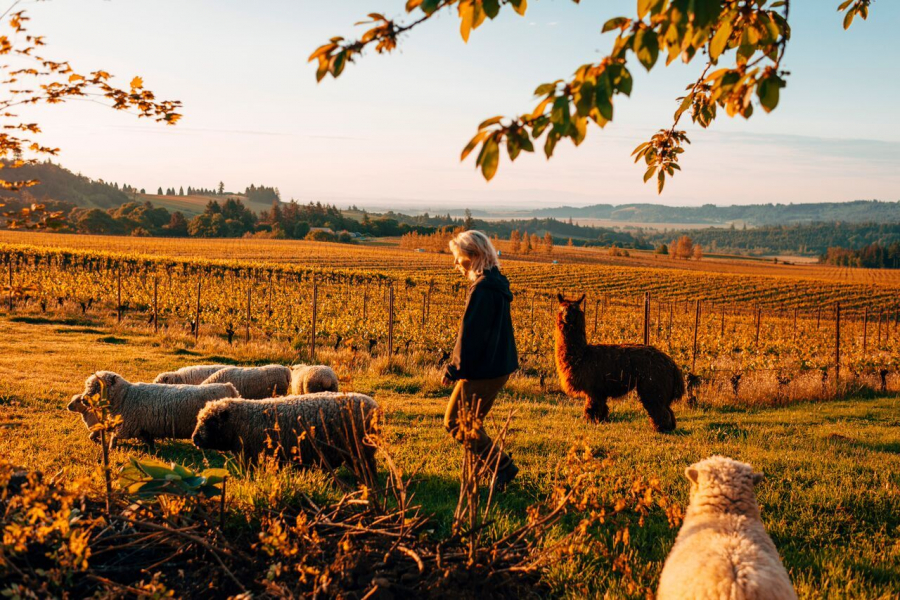 Hope Well is a project started by Mimi Casteel located in the Eola-Amity Hills AVA.  Mimi is no stranger to the Willamette Valley wine industry, as the younger daughter of the co-founders of Bethel Heights, Ted Casteel and Pat Dudley.  Mimi literally grew up in the Willamette Valley vineyards, no doubt helping to shape her incredible passion and love for the earth!

After graduating with an MS in Forest Ecology from Oregon State, Mimi worked for the National Forest Service as a botanist and developed a strong commitment to environmentalism.  After several years of working in the backcountry of Oregon, the pull to return to Bethel Heights and the vines won out.  Once back at Bethel Heights, Mimi worked tirelessly to innovate farming techniques, compost and viticultural practices to be more sustainable and organic.  Along with her passion for winegrowing, Mimi also took the reigns as General Manager of Bethel Heights.

In 2015 Mimi made the difficult choice to depart the family business to start Hope Well.  This was not an easy decision, but one Mimi knew was necessary in order to create an environmental culture where her vines and family could thrive naturally.  Mimi began her endeavor on an 80 acre property in the Eastern part of the Eola-Amity AVA, and had planted 20 acres to vines in 2008.  In Mimi ‘s eyes “Hope Well is not simply the wish of an optimistic philosophy. Hope Well is an imperative. It is the insistence that hope without action is hope without hope.”  Hope Well is a bucolic place full of biodiversity, farm life, family and life!  Mimi created a vineyard that thrived being farmed using all organic and biodynamic methods. The property featured fruit orchards, an extensive vegetable garden, as well as sheep and chickens used to not only feed her family, but also for the workers who help out on the vineyards and property.

IN 2021 Mimi made the difficult decision to sell her original Hope Well vineyard as the challenge of farming such a large property and selling fruit to others ultimately demanded too much attention that she needed to focus on her family and her own wines. Mimi and her family along with their herd of animals settled into a new home located on 10 creekside acres in the foothills of the coast range mountains, outside the town of Sheridan. As for the new Hope Well vineyard, Mimi now has a a long-term lease on 3 acres tucked between Bethel Heights and the Jackson Family’s Zena Crown vineyard in the Eola-Amity Hills. The vines were carefully grafted with budwood from the original site and will the grapes grown on this land will solely be used for the wines of Hope Well. The address has changed, but not mush else. A new land, a new start, but still the same unwavering commitment to farming, family and wine that defines Mimi.

The Pinot Noir at Hope Well is produced from 100% Pommard clone and fermented using all natural and ambient yeasts and 20% whole clusters.  Extractions are very gentle and the wine sees no racking and very minimal use of Sulphur. Mimi uses 100% French oak for aging the wine, with about 20% being new. In addition to Pinot Noir, Mimi has begun producing Chenin Blanc and Chardonnay to round out her stable of wines. Overall, her goal is to emphasize that each harvest represents a different story, and therefore, each vintage should reflect not only the place, but also the time and circumstances that intersect to create each harvest. As such, the fact that vintages differ somewhat is a plus! Mimi has already become somewhat of an underground cult hero to modern natural viticulture in Oregon with her amazing work in regenerative farming and the focus on soil preservation.

To sum it up, Hope Well wine is the alchemy between the natural world, Mimi’s deep love for the ground and the unsung heroes whose strong hands, hearts, and minds have helped her make it.