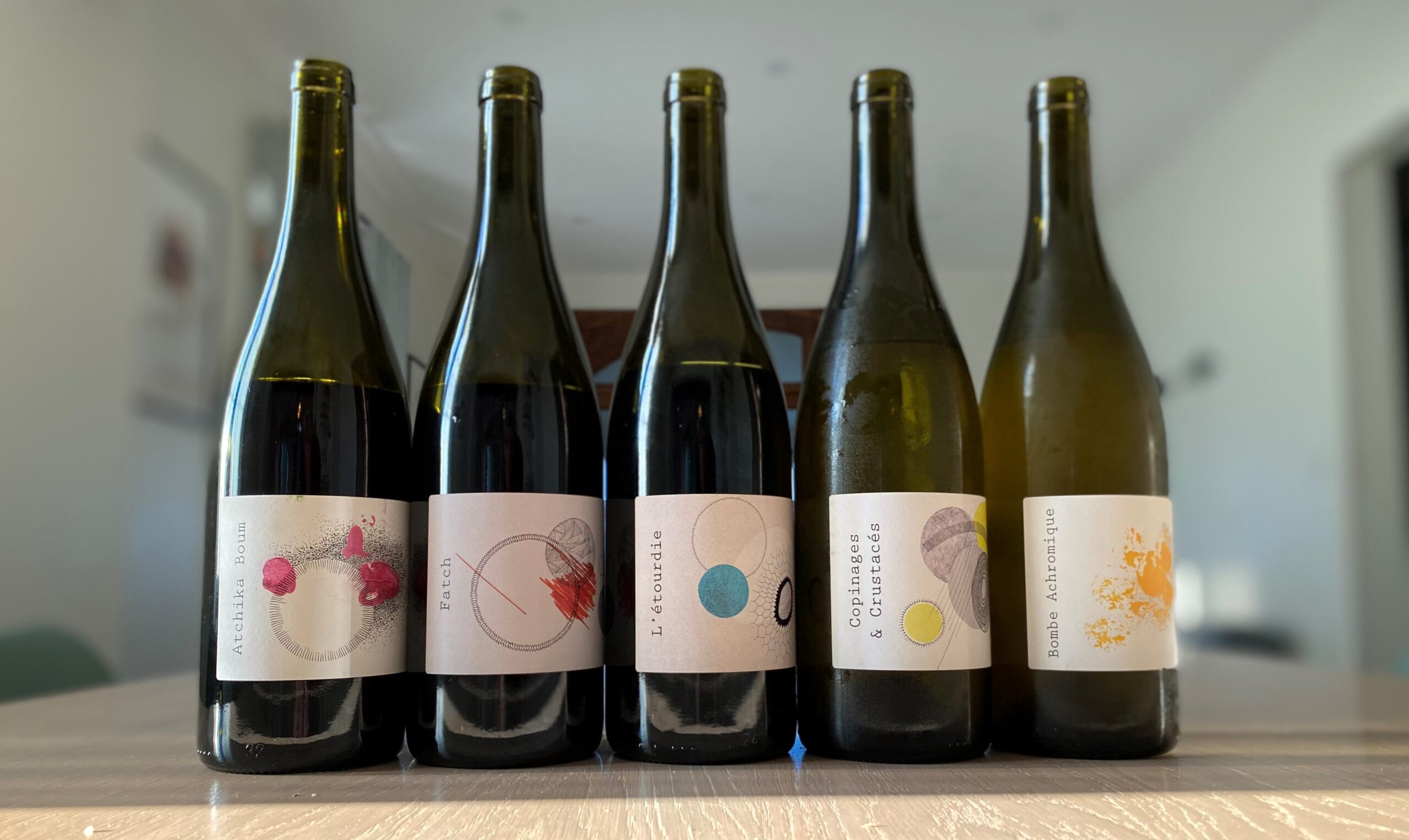 We were introduced to Fanny Daher and her La Baladeuse project during her time working at Domaine Sulauze in Aix-en-Provence. In fact, Fanny is not only very close to Guillaume and Karina Lefevre at Sulauze, she is Guillaume’s cousin as well. Although the Sulauze wines would not be described as “super natty”, the winery have become a bit of an epicenter for Natural Wines in the South of France. The three of them now host several of their own Natural Wine Fairs at Domaine Sulauze with producers not only from the South, but from all over France.

Her interaction with some of these like-minded producers led her to create her own project which she started in 2019. The goal of her winery is to collaborate with some of these Organic and Biodynamic growers in the South of France by purchasing small quantities of their grapes, and craft them into her own unique vision of wines made from their grapes. She named it La Baladeuse, or “The Wanderer”, because of her vision of traveling to gather fruit for each of her wines from elsewhere. She celebrates this collaboration by mentioning by name each of the vignerons and wineries from whom she is sourcing her grapes.

For her first several vintages, she made the wines at Domaine Sulauze, not only because they had the equipment, but also to share in the know-how that her cousin Guillaume has for making Natural, and non-interventionalist wines. Starting in vintage 2023, she will make her wines at her own cuverie.

All of her winery partners are either fully organic or officially in organic conversion. At harvest, all grapes are harvested carefully by hand in order to keep the clusters intact for the trip back to the winery. Fanny also likes to pick on the early side in order to preserve freshness in these often bigger and riper appellations. For her white wines, in general, they are direct pressed rather than left on the skins to macerate. And on the red wine side, depending on the cuvee, there is all or at least partial whole-cluster inclusion to create, at a minimum, a semi-carbonic maceration and fermentation to accentuate the fruit. The wines are fermented naturally, without any additives, in either stainless tanks or fiberglass tanks, with the latter used for grape varieties that are more reductive, given the small oxygen exchange that these vats provide. The wines are then bottled usually in spring following the harvest. In general, the goal is no SO2 added to the wines, but she reserves the right to add a miniscule dose if she feels the wines may go off course.

Like other wines in the Natural realm, each has its own distinct personality and character. Although the range and blends can change with each vintage, the Whites vary in style from fresh and crisp (Copinages et Crustacés) to deep, structured and sultry (Bombe Achromique). For her reds, they are all fresh and lifted, whether the chunky red plum/cherry fruits of Atchika Boom to the dark, spicy and floral quality of L’Étourdie. For her Pet-Nat as well, La Petillante, she chooses to disgorge the wine to give it a bit more clarity and focus, rather than the cloudy and heavily lees-influenced style of most wines in the category.

All in all, we are excited to wander, along with Fanny, on her natural journey through the vineyards of the South of France.