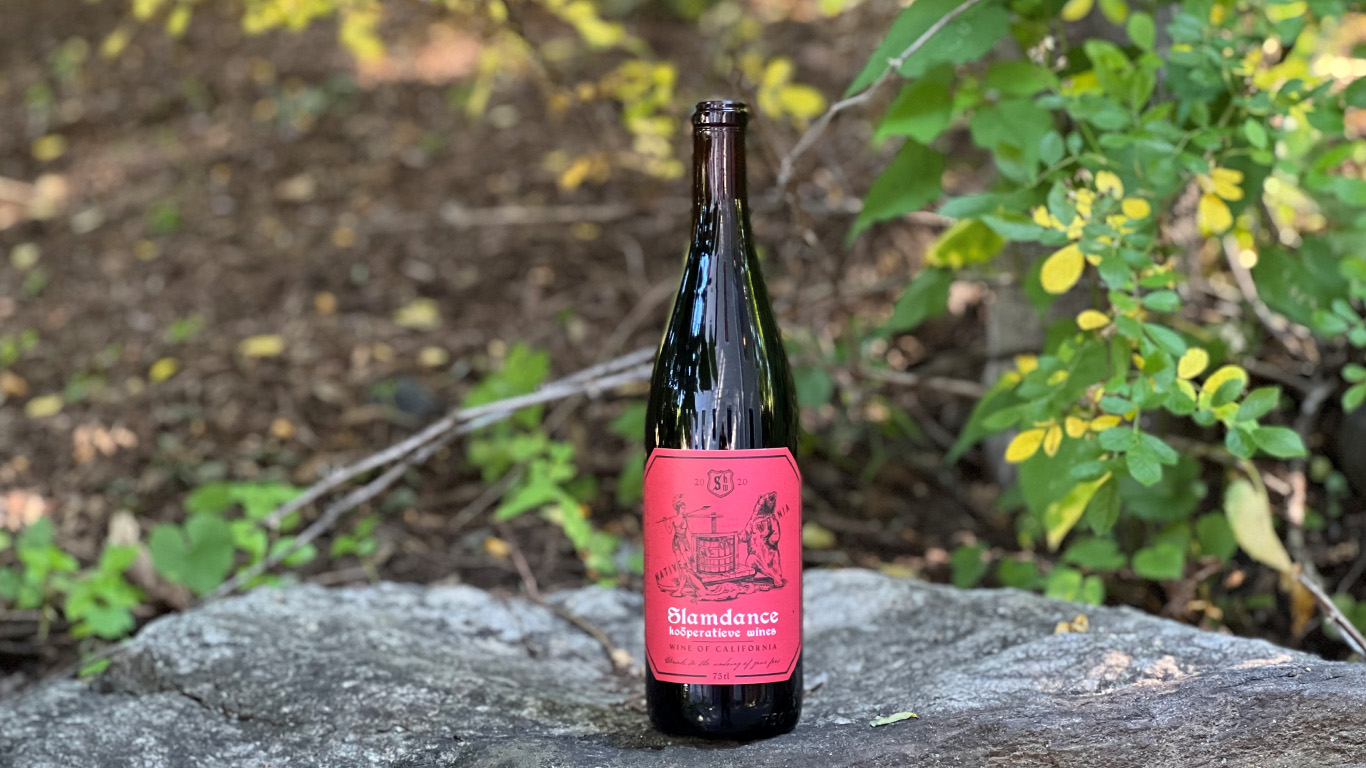 Slamdance Kooperatieve is the brainchild of Daniel Callan, a young, ambitious winemaker who is intent on bringing historical identity back to Paso Robles.  With that in mind, Daniel is charting a path in Paso Robles that is re-defining what consumers and producers think of the region. A native of Virginia, his passion for wine and history started while working part time at Sunset Hills Winery as a student at George Mason University.  It was here that Daniel found his calling for winemaking and a pull to learn more about the history of American winemaking and historical vine material.  From there he worked harvests in Australia, New Zealand, California, and South Africa.  It was South Africa that truly shaped Daniel’s desire to make classically styled wines with minimal intervention.  Daniel landed in Paso Robles as a harvest intern and eventual assistant winemaker at Thatcher Winery where he remains today.

Slamdance Kooperatieve is a regional wine predicated on the old “generic” wine types that were the staple of the wine industry in California before Prohibition.  Wines that were often passed off as “California Burgundy” or “California Claret” that were stylistic blends of workhorse grape varieties.  The Slamdane Kooperatieve Red Blend is a return to this type of traditional blend, 43% Napa Gamay (Valdiguie), 36% Black Malvoise (Cinsault) and 21% Pinot St. George (Negrette).   Similarly, the methods used to produce the wine also harken back to the earliest efforts of California winemaking.  Because of the technical limitations of the time, the wines were essentially de facto natural wines.   The Slamdance Red is hand harvested and fermented with native yeasts using a majority of whole clusters, basket pressed, aged in neutral oak and just a small amount of sulphur at bottling.

The Slamdance Kooperatieve Red Blend is sourced from three sites within the central coast of California and made from heirloom vine material – Shell Creek Vineyard for the Napa Gamay (Valdiguie), Glenrose Vineyard for Black Malvoisie (Cinsault) and Siletto Vineyard for the Pinot St George (Negrette) and is a throwback to the historic winemaking and style of the region.   Daniel Callan is one of the most exciting, new producers coming out of Paso Robles and this is a wine not to be missed!!!