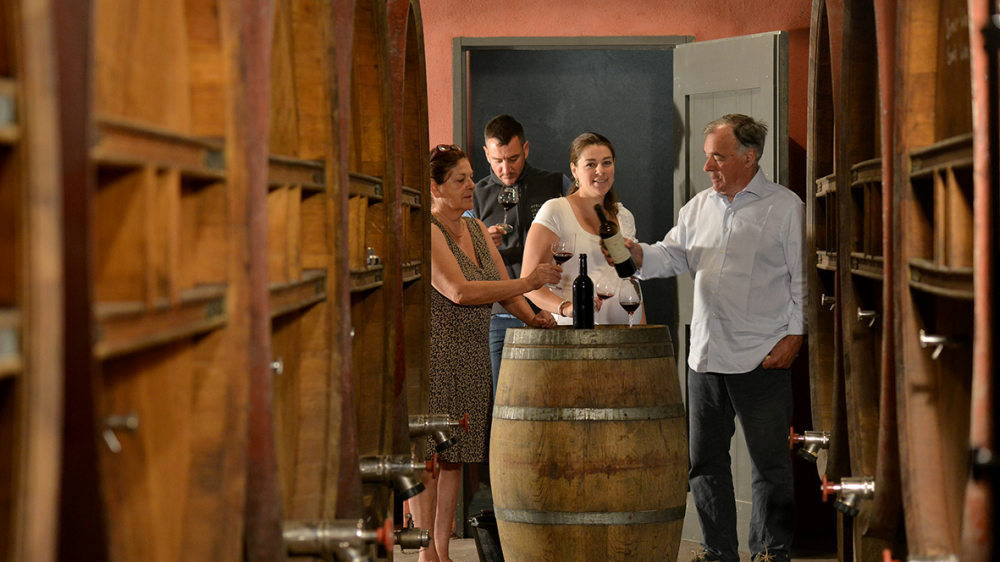 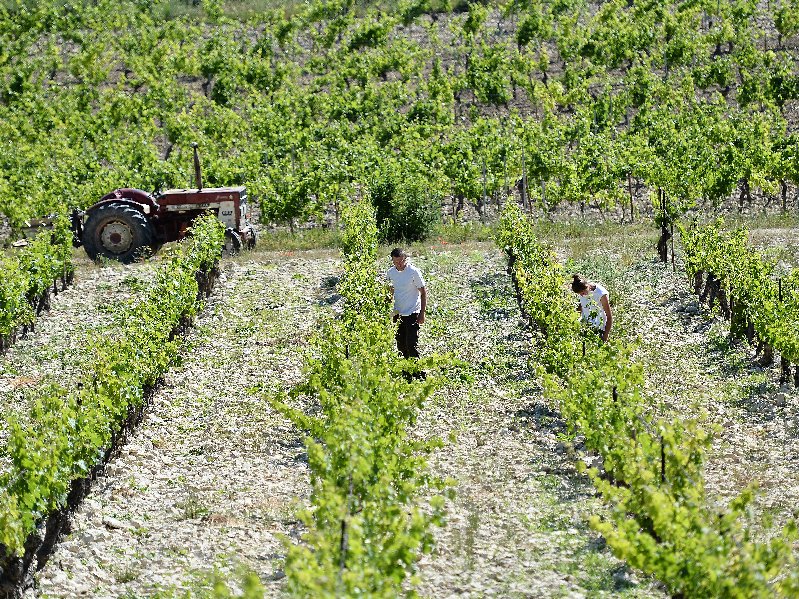 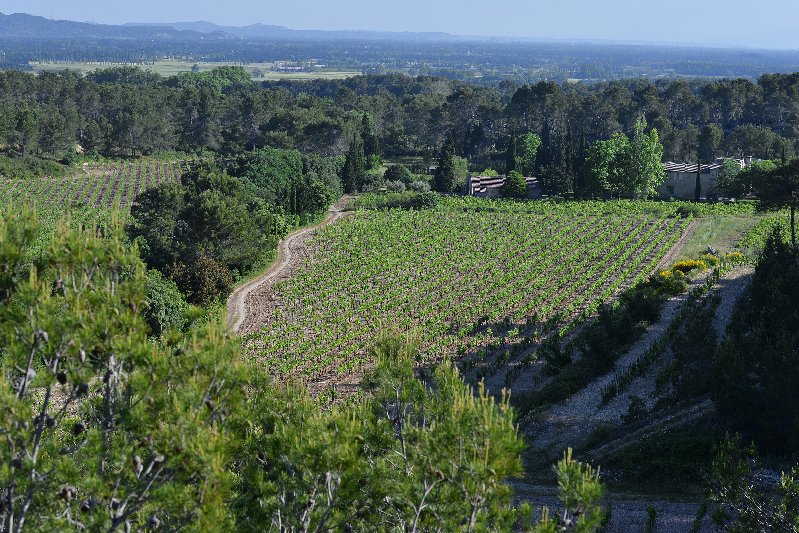 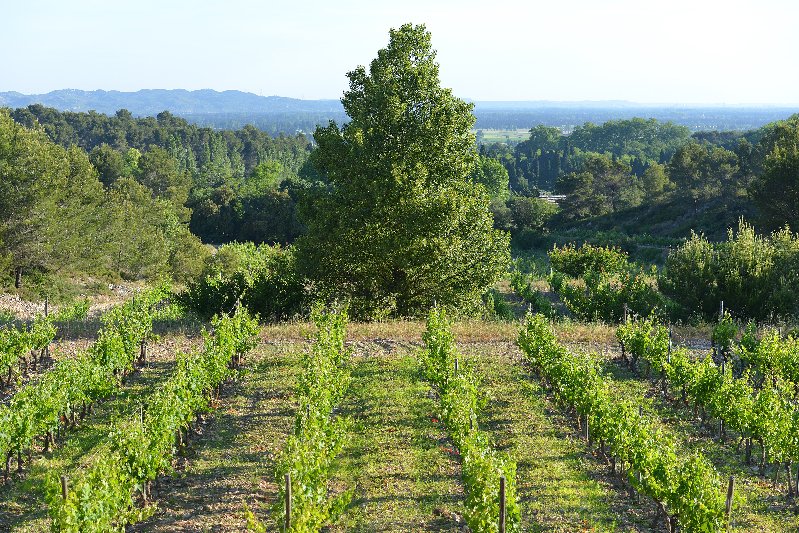 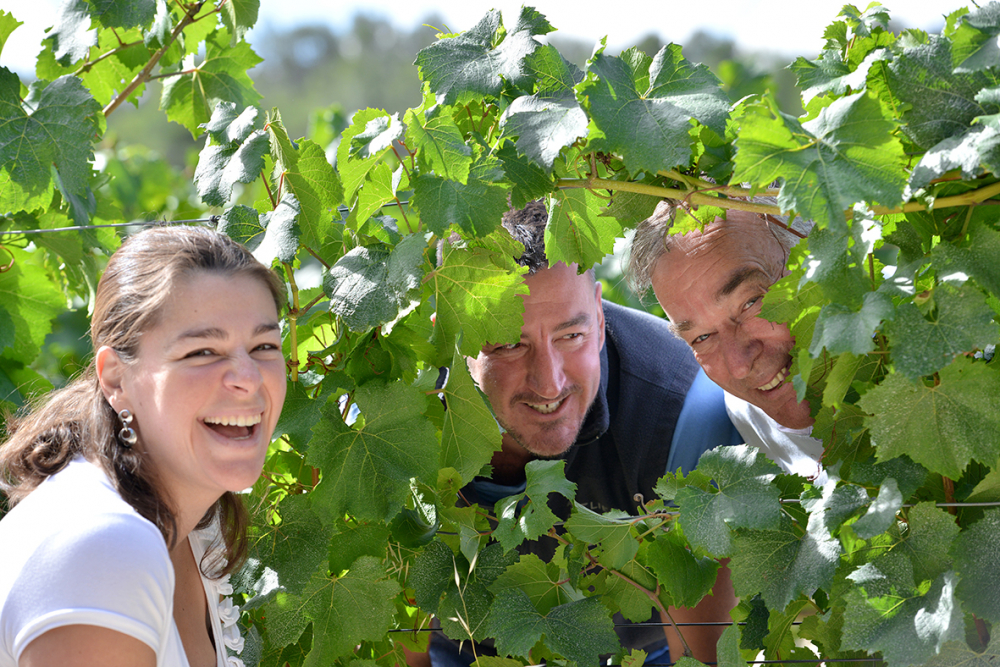 Some stories never get old, and that is how we feel about the story of Domaine de Trévallon:

In the mid 20th century, French textile artist Jacqueline de la Baume Dürrbach was commissioned by Nelson Rockefeller to create a tapestry of Picasso's Guernica. She and her husband René, a sculptor and painter (who was close friends with cubist movement founders Fernand Léger and Pablo Picasso) used the money from the tapestry sale to purchase an estate at the foot of Provence's jagged, toothy peaks of the Alpilles mountain range. Tucked at the base of its rock walls, Domaine de Trévallon is at once the darling of Les Baux de Provence and also its black sheep. There is no person that has done more to elevate the quality and prestige of the wines around Les Baux than Eloi Dürrbach, son of Jacqueline and René, who began planting vines in the three valleys (where the estate gets its name) in 1973. Eloi and his father had studied the old texts of the famous 19th-century viticulturalist, Doctor Guyot, who claimed that much of their area had been planted to Cabernet Sauvignon before the arrival of phylloxera. Intent on respecting the terroir, they divided their red grape holdings equally among Cabernet Sauvignon and Syrah, both planted on north-facing slopes to strategically minimize over-sunning. Both varieties thrive in the deep chalky soils, and the 50/50 blend turned out to be the perfect balance between the wild qualities of the Mediterranean basin and the structure of a more northerly climate. Eloi blasted the first vineyards out of the mountain himself. Over time and after subsequent planting, the estate is now divided between 15 hectares of reds and 2 hectares of whites.

Twenty years later in 1993, the AOC legislation authorized a maximum of 20% Cabernet in the vineyards. The wine governing body threatened to strip Eloi and his wife of their appellation status if they did not comply by reducing the Cabernet percentages in their blend. To compromise would have entailed an expensive, time-consuming, and wide-scale replanting. After bringing the world’s attention to this humble growing region, the Dürrbachs refused to make the change and were forced into accepting the lesser Vin de Pays du Bouche du Rhône status. As it turned out, the Dürrbach's rebellion reflected just as much avant-gardist thinking as it did a purist’s respect of tradition. Now joined at the domaine by their son, Antoine, and daughter Ostiane, the family is free of many of the appellation’s constraints and still remain a well-loved, cult classic with a strict allegiance to tradition. In 2009, the Alpilles IGP was established and the family was happy to embrace a more specific geographic identifier for their vines and domaine.

The Dürrbachs employed organic farming from the beginning, long before it was a trend. They plow to encourage the roots of the vines to plunge deeper into the soil for water and nutrients, and they believe in pruning short, which not only reduces the yields but extends the life of the plant by 20 to 50 years. They take a minimalist approach in the cellars, where they only work with native yeasts. The reds are made using 100% whole cluster fermentation and are aged for two years in a combination of foudres (95%) and barrels (5%), while the whites age for one year in barrel.  The wines are racked as little as possible to preserve all the powerful, antioxidant-rich particles that settle at the bottom of the casks. The finished red wines display aromas of pine trees and garrigue which surround the vineyard, opening to a velvety texture and ripe tannins at the finish. While they begin to show their charm after five years in bottle, they can often age gracefully for 15 to 25 years, rivaling the finest wines of the northern Rhône or Bordeaux.

About the iconic labels: Before his death in 2000, René Dürrbach painted a series of 50 posters which have served as the labels (and calling card of the domaine) ever since. Each year, the family selects the poster that best reflects the characteristics of the vintage; the warm 2003 label has bright yellows, oranges and deep reds, whereas cooler vintages have tones of blue and purple.