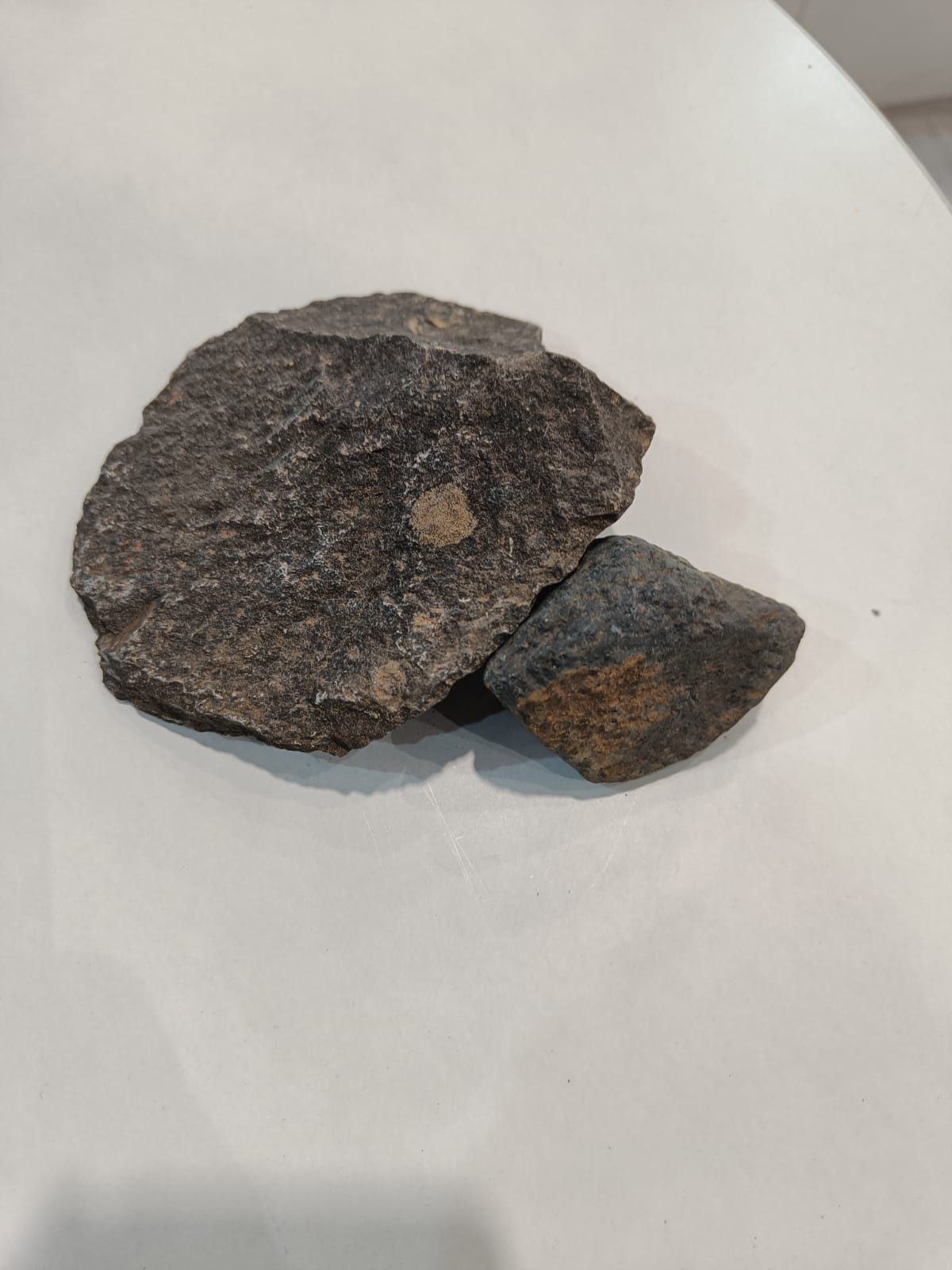 Cesar Ruiz is a busy man.  He has many projects in and around wine. He is a partner in an importer/distributor throughout Spain named Alma Vinos Unicos, also a wine shop in Madrid called La Tintoreria Vinoteca and a Restaurant/Wine Bar also in Madrid called El Marginal. On top of that, he is a partner in several wine projects.  His education is as a winemaker and sommelier.  Through his many efforts in the world of wine he was drawn to an area called Sierra de Salamanca west of Madrid and very close to the Portuguese border.  There he was working on making a wine out of local varietal called Rufete in some space he rented in the area at another winery. Through this project, he got to know Alberto Martin who knew the area well and was the head winemaker at one of the largest and most reputable wineries in the zone, called Cambrico. He helped Cesar out on his early wines, and they soon became friends.

Over many years, Cesar became more and more fascinated with this region. Why? First, it is considered a continuation of the Gredos Mountains with similar soils, elevation and climate, and already had shown to produce interesting and singular wines in the Vinos di Madrid region further east. Second, it also very much reminded him of Beaujolais, a region he, like many, have grown to know and love through his various import, retail and restaurant activities.  Salamanca is largely granite based soils like in Beaujolais (there is some schist here too) and the main grape variety, Rufete, lends itself to soft wines with fine, sweet tannins, delicate aromas, bright crunchy fruit, elegance and energy.  In fact, the area is also quite hilly and rugged with individual villages each having a character of their own much like the Crus of Beaujolais.

The Sierra de Salamanca region has a long history of wine production dating all the way back to the Roman times. In the 1950’s, as in many regions in Spain, the area was dominated by large co-ops who sought to make large quantities of industrial wines, not only from indigenous varietals, but later also from international varietals like Cabernet Sauvignon, Merlot and Chardonnay, most of which was sold in bulk. Unfortunately, because many of the vineyards of the region are planted on steep, hillside, often terraced vineyards which are hard to work, these co-ops were not able to compete with cheaper wines made in other Spanish regions such as La Mancha. This fact, along with the general move of the younger generation from work in the country to better paying jobs in cities, meant that much of this wine production fell by the wayside. So much so that as of 2010 there were only five wineries left producing wines in the DO. Nonetheless,the silver lining of this contraction in production in the area is that there are still some old, well-placed vineyards that can be had at semi-reasonable prices. Though probably not for long.

In 2017, a winery became available for sale and Cesar assembled a team of his Salamanca friends from working in the region.  That team is – Miquel Udina who is the president of the DO Sierra de Salamanca, Bosi Jimenez who is a local and top organic/biodynamic viticulturalist in the area and Alberto Martin who had recently lost his job when the owner of Cambrico decided to make the wines on his own.  Thus was born Vinas Serranas. The team was able to purchase some top quality vineyards, and today own 12 hectares of vines largely of Rufete but also small amounts of Rufete Blanco (loosely named, as it is not actually related to Rufete Tinto), Calabrés (local Garnacha relative) and Aragonés (local Tempranillo relative).  In addition, they are working on converting all the vineyards to Biodynamics.

The wines are all produced naturally using indigenous yeast. They are fermented in tank using a fairly large percentage of whole cluster (think Beaujolais, of course), and then they are aged in used 500-liter French oak prior to bottling.  At present, the wines are labeled with the larger appellation designation of Castilla Y Leon to avoid issues of a conflict of interest that Miquel Udina has because of his role as head of DO Sierra de Salamanca. But in the future, they will be under that DO.  The range of wines flows as follows. First, there is an entry-level wine called Ciclon which is all Rufete from purchased fruit in the major villages. Then there are a series of single plot wines. For us, we are focusing on Fuente Grulla and Renvivas representing Rufete from two different villages, Molinillo and Miranda del Castañar, respectively.  Lastly, they make tiny amounts of Rufete Blanco from this very rare variety from a plot called El Helechal.  This wine sees about a week of skin maceration and then is aged in used French oak.

We are extremely excited about Vinas Serranas. It is part of new wave of unique, singular, small production wines in Spain that tap into the richness and diversity of its indigenous regions and varietals. The wines show the world the potential of a newly rediscovered yet ancient grape variety and terroir. A new chapter in the long history of Salamanca and Rufete is being written now by Cesar and his team. Muchos Gracias, Cesar…!